Blog/lte Vs. Wi Fi What Is The Difference

LTE vs. Wi-Fi: Which is better for my business?

Given the application-driven, technology-fueled age that we live in, the quest for a reliable, high-performing internet connection with minimum lag and faster response times is ongoing, as is the LTE vs. Wi-Fi debate. But while Wi-Fi has so far been the preferred choice of enterprises, an increasing number of small and large technology companies are waking up to the enormous benefits of using cellular networks.

The LTE standard is emerging as the winner for enterprise networks given their high-capacity requirement and specific use cases like supporting IoT-enabled devices (Internet of Things). But is it the right choice for your organization? What is the difference between LTE and Wi-Fi? If you’re an enterprise wondering whether to deploy LTE technology to complement or even replace your Wi-Fi network, read on.

Before we deep-dive into the Wi-Fi vs. LTE debate, let’s briefly examine what is meant by the LTE internet connection and Wi-Fi standard, two popular internet technologies.

Inarguably Wi-Fi is a buzzword in the present digital age dominated by smart devices and electronic media. But what does it exactly mean? Wi-Fi is the name given to a wireless networking protocol, which allows us to communicate data wirelessly, that is, without internet cords. A trademark of an international association of companies called Wi-Fi Alliance, the term Wi-Fi represents a type of wireless local area network (LAN) protocol.

A device called a router helps several types of computing devices to connect to the wireless network and send and receive data including files, audio, and video. The router transmits the wireless signal, which facilitates data communication within a fixed location. It’s important to remember that while the term Wi-Fi is used to denote ‘wireless’, the latter is a much broader term.

The LTE standard is a superior, high-speed, high-security wireless cellular network. Plus it’s highly reliable, provided that a good LTE signal is available. Thanks to its rapid connection and higher bandwidth, it’s especially recommended for heavy applications that rely on fast speeds. In fact it’s credited as being the fastest wireless technology for mobile devices and smart phones and for good reason. The fact that it uses radio waves instead of microwaves, unlike 3G and WiMAX, gives it a better penetration and wider coverage that also extends to remote areas.

Which is More Suitable - LTE or Wi-Fi?

While both LTE and Wi-Fi serve the same need – to communicate data over the internet – they differ in terms of their technology, range, speed, performance, and bandwidth.

One of the many advantages of using LTE is that one doesn’t need a router to connect to the cellular data network. To use the public LTE network, all you need are a data plan and a mobile device so that you can connect to your cellular service provider’s network. When using the Wi-Fi on the other hand, a wireless router is needed to access the internet through your laptop, smartphone or any other device.

Quite understandably, when accessing the internet, security is a primary concern for basically everyone and especially if you’re a small or large enterprise that deals with confidential company and client information. Although no network can be 100 % secure, in the LTE vs. Wi-Fi debate, cellular data clearly ranks higher in terms of security, due to several reasons. 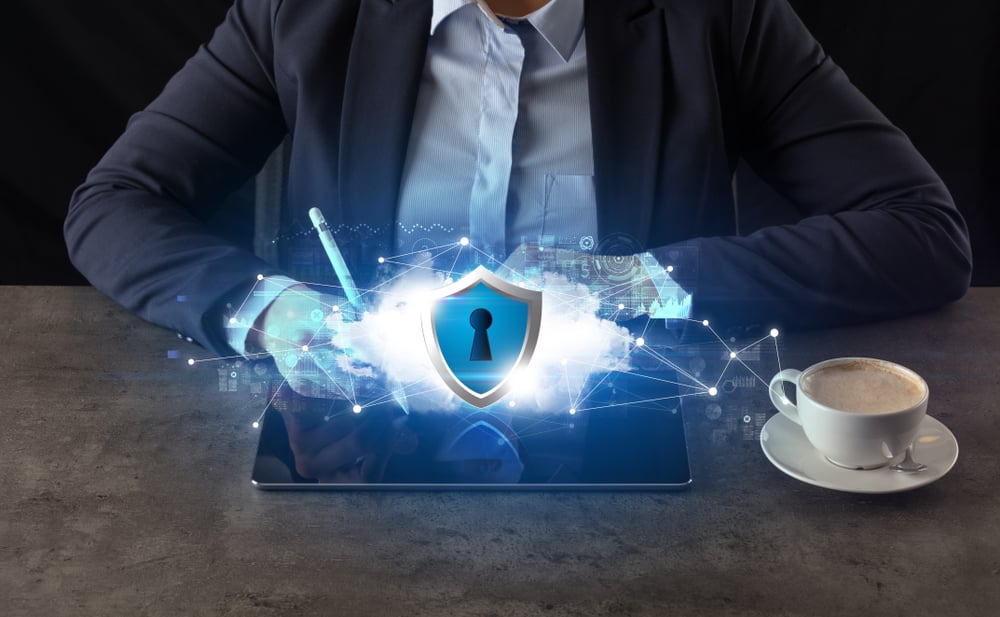 An important factor driving the high security standards of cellular data networks is that service providers have strong incentives to protect users’ privacy and safeguard their data. This is because any misstep in the security domain could mean loss of reputation and business, even running the risk of huge financial losses. Therefore, network operators have dedicated cyber security professionals that develop frequent security updates, keeping risks to a minimum. Wi-Fi, on the other hand, is owned and operated by individual entities that may not develop security updates at all or as frequently, increasing consumers’ vulnerability to cyber risks.

Another factor that increases the vulnerability of Wi-Fi users is that it’s possible to create fake Wi-Fi networks to which consumers unsuspectingly connect, practically giving criminals a free virtual tour of their browsing activity. In contrast, in the case of cellular networks, their enormous scale and size are huge deterrents for criminals to create imitations, eliminating the possibility of fake cellular networks.

Lastly since cellular data is encrypted by default, there is no room for error. On the other hand, when using Wi-Fi, you need to turn on the encryption and missing this crucial step is akin to inviting yourself to cyber security threats and hacks. As can be seen, LTE is the clear winner in terms of security which increases its popularity with technological firms and IoT application developers.

A clear and significant advantage that cellular networks have is that they provide widespread network coverage, typically nationwide, to subscribers, in contrast to the limited area access provided by Wi-Fi.

Given that Wi-Fi is basically a local area network (LAN), it provides extremely limited coverage. Upon exiting the 300-ft. radius of the router, subscribers lose coverage, compelling them to look for other alternatives. Therefore relying solely on a Wi-Fi network can be severely limiting and inconvenient especially for executives and working professionals who need to travel on a regular basis. 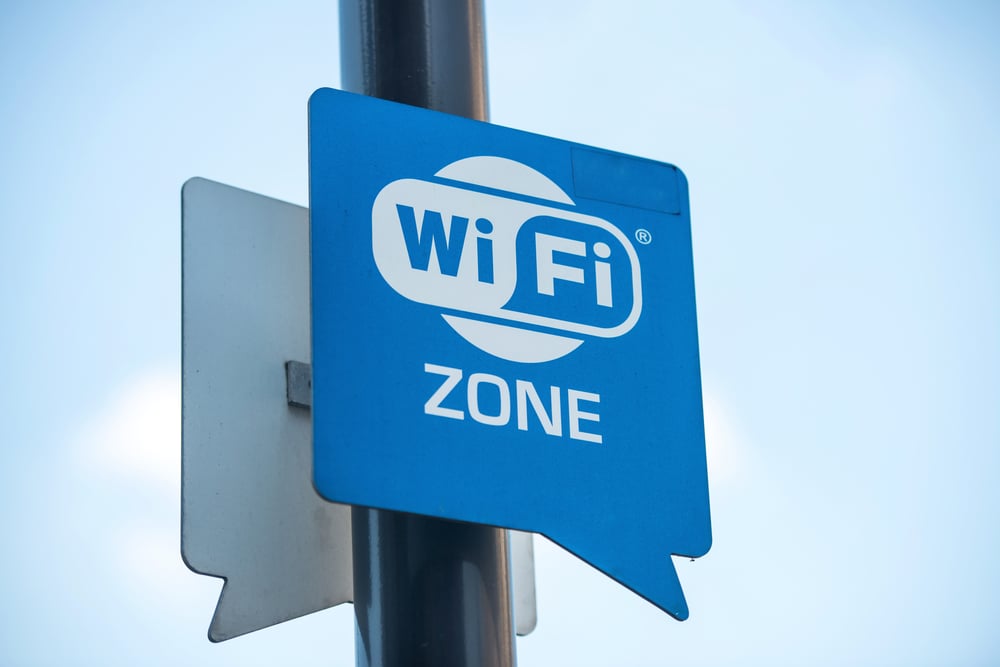 This is why it’s considered almost mandatory to subscribe to a cellular network which offers a much broader coverage no matter where you go. Moreover LTE coverage is expected to expand even further with rapid advancements in cellular technology, especially 5G. To top it all, standard Low-Power Wide-Area (LPWA) cellular IoT technologies go several notches higher, extending coverage to rural environments, underground tunnels, and buildings.

How fast is LTE compared to Wi-Fi? Let’s find out. Wi-Fi networks offer a variety of data communication speeds such as 11 Mbps, 54 Mbps, 600 Mbps, and 1Gbps, depending on the specification. The new Wi-Fi 6 offers speeds as high as 10 Gbps. Until recently, the Wi-Fi standard had a clear advantage over cellular networks in terms of bandwidth or speed.

However, with the introduction of the 4G LTE standard, cellular networks have considerably bridged the gap, offering speeds as fast as 1Gbps that allow users to enjoy video and other high-bandwidth IoT applications. To top it all, with the advent of the 5G standard, cellular networks are poised to revolutionize data transfer speeds, even offering rates as high as 10 Gbps, ensuring little to no difference between the bandwidths offered by the two technologies.

While the bandwidths of the two technologies are almost at par, it’s important to note that other factors can hamper the speed of a Wi-Fi network. For instance, since Wi-Fi is on a shared, unlicensed band, at a time, it can be used by a bunch of different applications like weather sensors, remote controls, electric meter readers, and Bluetooth, causing a severe lag that slows the network.

In addition, since Wi-Fi is not coordinated, subscribers must rely on a “listen before talk” protocol that compels your device to patiently wait and do nothing while waiting for its turn to “talk”, in case there is other traffic on the band.

In contrast, LTE has dedicated frequency bands for different applications, which ensures that consumers don’t have to compete with other technologies in the same bands, minimizing the probability of a lag.

In addition, since the frequencies and resources of the LTE standard protocol are coordinated, it’s like having a moderator that controls the debate, unlike the Wi-Fi technology where everyone is “shouting”. To get a sense of the probable chaos in the Wi-Fi standard, imagine a scenario in a gym, where there is a basketball and volleyball game going on simultaneously, while you’re trying to have a debate with no moderator!

Impact of 5G on the Future of Connectivity

If you’re wondering how fast the LTE standard is or better still, how to make it faster, here’s a one-word answer: 5G. As LTE migrates towards 5G, it's expected to revolutionize the future of cellular networks, with not only its extended network capacity and lower latency but also significantly faster response times and a greater bandwidth. The fifth generation of the wireless network technology may tilt the LTE vs. Wi-Fi debate in favor of the former.

LTE is already gaining widespread adoption owing to its high security, large scale, and extensive coverage. Add to this the huge potential of 5G and cellular networks emerge as the clear winner. If you’re an enterprise that hasn’t yet tapped into the benefits of the LTE technology, it would be a good time to start now as relying solely on Wi-Fi to stay connected is never a good idea.

Whether you’re thinking of deploying the LTE standard to complement or replace your Wi-Fi network, WilsonPro – the leader in cellular signal amplifier solutions - can help boost the cellular network in your building, enhancing its reliability, speed, performance, and security.

To learn more about our cellular signal amplifiers, contact one of our representatives today. 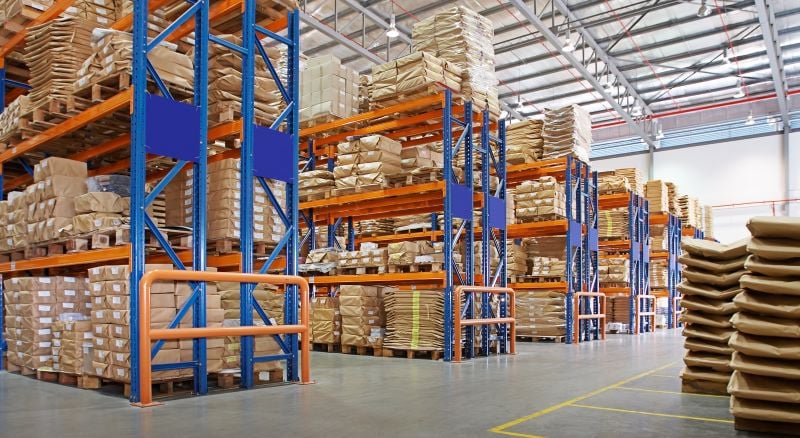 5 of the Best Cell Phone Signal Boosters for Warehouses 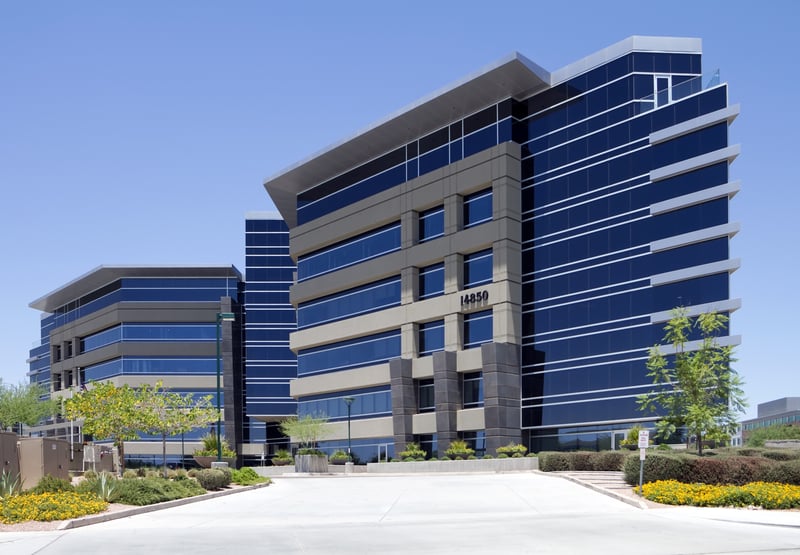 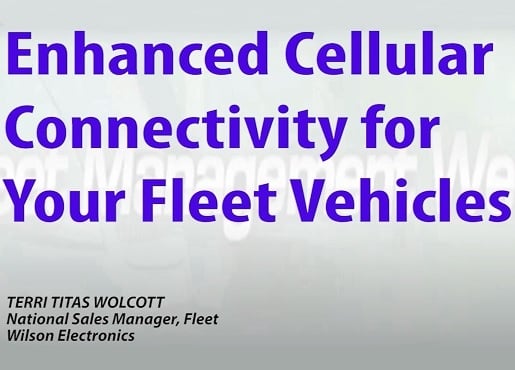